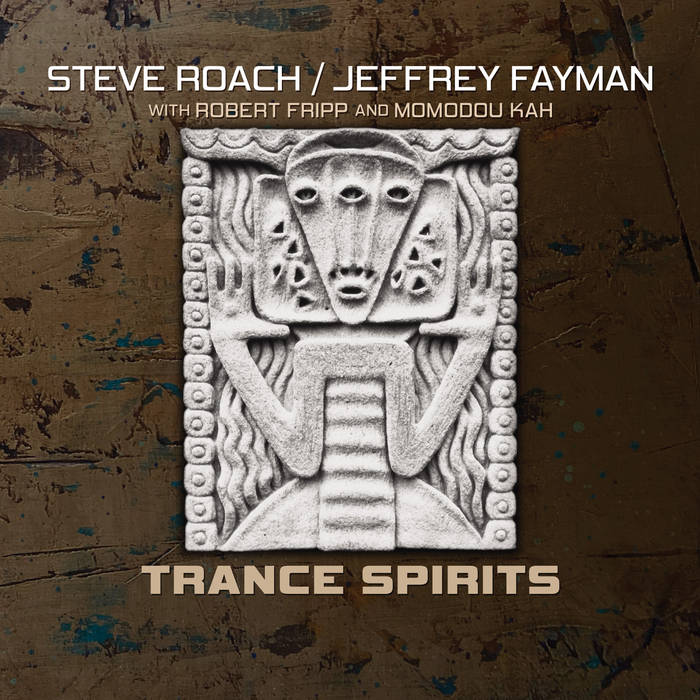 mysticwolf75 I remember buying this on CD back in the early 2000s, based on the sample I heard from it on the "Space and Time" sampler. At first, I wasn't sure I was going to like it, but I actually do find it oddly relaxing! It's like lying on a lounge chair on a beach that's lit up with bamboo torches and you're surrounded by tribal drummers, just drumming away. At least, that's what comes into my mind. I think it's the trance effect of the tribal drumming that makes it relaxing.

Projekt’s remastered edition of 2002’s Trance Spirits returns to a hypnotic world of primal, passionate percussion innerwoven with a tapestry of sonic atmospheres and electronic hybrid grooves. These seven tracks pierce time with the heartbeat pulse of the electronic soul welded to organic drums of skin and wood, a rush of ecstatic spirit-catching rhythms elevating a meditative trance state.

Orchestrating a thunderous album of sound, Steve Roach’s expansive array of synthetic soundworlds, hybrid groove percussion, and textural guitar-based atmospheres overlays the timbre-rich beauty of Middle Eastern and West African-influenced drumming. Pounding, pulsating percussion from drummers Jeffrey Fayman and Momodou Kah was recorded as a real-time continuum with long-form grooves performed live in the studio. Entranced by their own propulsive spirals, the grooves evolve over the course of the tracks — it’s a complex juggernaut. Later, in the Timeroom, Roach and Fayman shaped those initial recordings with Roach sculpting an overlay of electronics performed in the moment. Augmented on three tracks with subtle guitar tonalities from King Crimson’s Robert Fripp, the 74 minutes of music unleash primal forces with an intense undercurrent of rich, transporting rhythms anchoring the body to the energies of the earth and sky.

Sonic Curiosity: Expect dense trance music here: expansive regions of atmospheric drones punctuated by tribal percussion and astral tonalities. Sonic clouds roil and ooze with haunting moods that envelop the audience, lifting them from the earth and elevating them into realms that exist only in the mind.