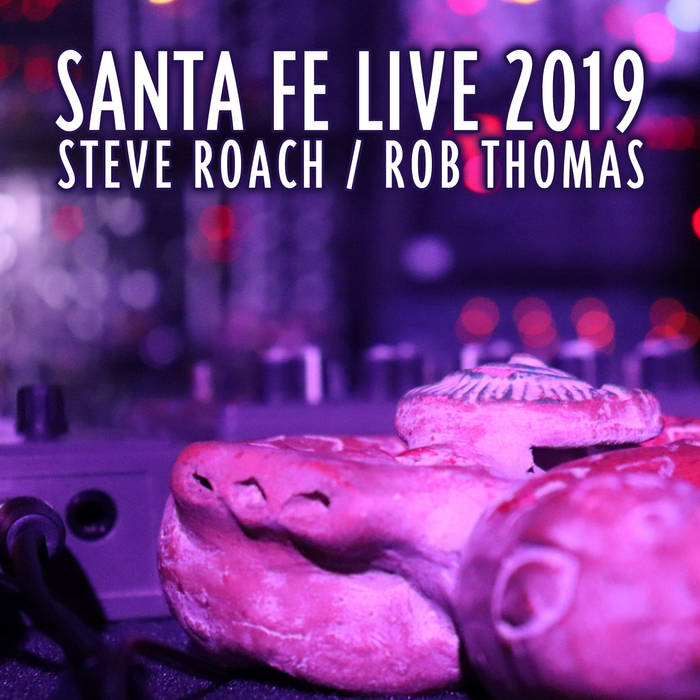 <=> here it is just the way it was... What can I say, Steve and Rob (Didgeridoo Maestro of Inlakesh) together!! Take note of the subtly and the progression leading to an awesome sonic alchemy using instrumentation that arcs back over 2000yrs...Just dive in and Immerse thy self...

(((Also just released at Steve’s Bandcamp Exclusive Subscription page is a 50 min Mega Sequencer piece from this same weekend.
Please check out the site and see the growing list of exclusive monthly albums as part of your subscription-perscription)))
steveroachexclusive.bandcamp.com

During these times, more than ever the music is the medicine...

Recorded Live in Santa Fe New Mexico September 21, 2019
I am presenting this live recording as an individual piece so it can be experienced on its own. This format also gives you more options for placement in your collections and playlists. There will be more to come in this mode!
This recording documents Rob Thomas (master didgeridoo player, maker, Inlakesh founder) and myself in our first live performance together.
While Rob, Byron Metcalf and I had worked on the studio album Monuments of Ecstasy together, and have known each over many years, it took this long for the live union to occur.
When I learned that Rob would be in Santa Fe the week of the concert, we seized the opportunity to meet and go for it at the edge of where the best things happen.. in the moment. In Didgeridoo language, you pick a key and let the drone fest begin! The preparation was a sound check in the afternoon. We got our sound dialed in while being aware not to open up the faucet too much in order to save the real Mojo for the concert a few hours later.

I started this Saturday Night set with a long form Sequence piece that was just reaching its zenith, and suddenly came to an instant heart stopping halt, when a sudden thunderstorm took the power out of the building! After a dramatic reset and with the power back on, I was joined by long time friend and Santa Fe based Michael Stearns on his 12 foot long beam - (Imagine a 20 string mega bass guitar). After this mind bender passage, Rob joined me for the last portion of the night which unfolded in ways beyond deep. When the piece was reaching the end point, the nearly deafening sound of hail on the venue roof brought the set to a dramatic close and the audience to their feet. Some of that hail is distantly heard on the end of this recording. While this might be released on an official public - CD release someday, It was truly a unique moment in time and I am excited to share this with you here, now.