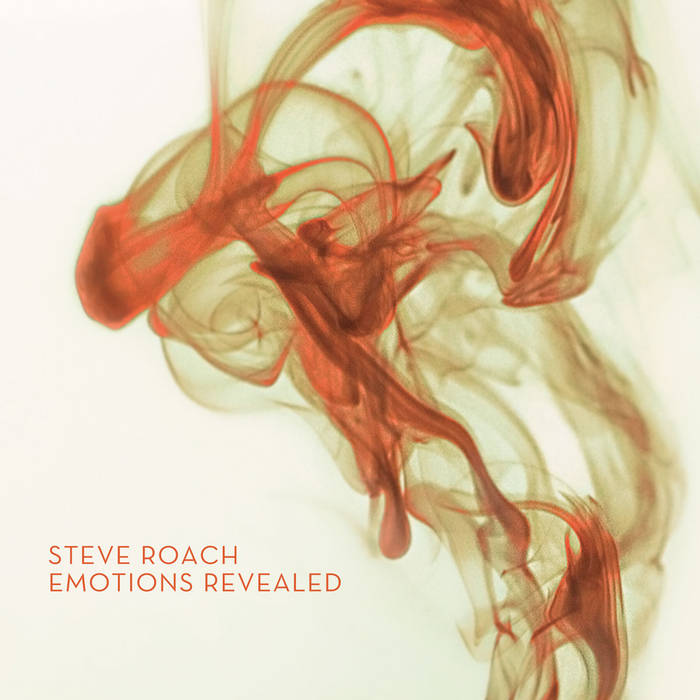 Garret Moore This music brings back the warmth of Steve's first works that transfixed me to the radio, before internet. You can feel the origins of later works in this piece that seems more than the sum of its parts. Favorite track: Firelight.

Track one – Emotion Revealed – was recorded live in 1983 at the Timeroom, Culver City, California, soon after Steve’s premiere solo cassette NOW (1982) was released. This piece presents a classic recording of the sound that defined the early years of Steve’s work showing the influence of the European Electronic Music of that era. The approach of capturing the emotions of the moment in the studio live is a through-line that continues into his work today.

Connected in contrast, the second track – Firelight – is informed by the stillness of the southwest desert experience: externalizing the feeling of these serene and austere expanses, evoking the introspection these isolated environments provide. This influence continues as an inspiration today and can be considered a soul tone in Steve’s work. This recording is the birth of Steve’s contemplative voice; the awakening of this space-location immersion style is clearly alive within this expression of sonic solitude. Considering the musical and cultural climate of the early 80s, “Firelight” had no audio peer or point of reference; this is the first recorded document in which Steve breaks away from the European influences, exploring a style that went on to become a genre all its own.

These two recordings are a rediscovery of an essential period from Steve’s catalog that could just as easily be a future transmission from 2083.

“Both of these pieces were sleeping in time, hidden and nearly lost up until mid-2015. ‘Emotion Revealed’ was found after the Austrian label Vinyl on Demand contacted me about a NOW vinyl release. They requested adding a bonus track; I scoured the many archived boxes of hundreds of tapes dating to the late 70s and early 80s. Most were labeled with some shorthand, obscure title, or nothing at all. ‘Emotion Revealed’ was one with no label, but the chrome Maxell cassette was in new condition. Hearing it again, instantly I recalled the piece, and how at one point I was going to release it in the early 80s. One that got away was back in my hands! As it played I was shifted back to where it was recorded: the early Timeroom in Culver City. This tiny bungalow which looked like a gingerbread house was where studio workers from MGM studios – a mile away – had lived in the 1940s. This is the same studio-house where I recorded NOW, Structures From Silence, Quiet Music, and Empetus. The feeling still here expressed my optimism and desire to merge deeper into the music that I was living to create at every moment. I remember this as the dawn of electronic music’s evolution out of the academic environment and into the world at large.

“’Firelight’ was created in this same studio in 1982 for an environmental art installation titled the Grounding Place by artist Rita Yokoi. The installation premiered in San Francisco with this music playing as a continuous loop. The composition was my first long-form exploration of sound serving as an environmental experience. Recorded on a Teac 4-track reel to reel, ‘Firelight’ was created in sections and combined to make the full-length track. The art installation was described in the program as, “A metaphorical description of the active aspect of equilibrium when a person achieves oneness with universal time.” My years growing up in the desert regions of Southern California clearly informed this mood along with the themes I was drawing from at the artist’s request. I can still hear and feel this influence now. The original 4-track tape was lost after many moves; however a high-quality metal master cassette found its way to the San Diego house I grew up in. In the summer of 2015, I was going thorough years of archived material my mother had collected and stored in a dark, cool closet, and I discovered this tape: the only copy left at this point. Hearing it again, I was taken by the tonalities I was drawn towards at the time, along with the sense of space and breath that was prevalent within the composition. The connection to then and now… emotions rediscovered and revealed after 34 years. The Timeroom indeed.”
credits
released February 16, 2016