Return To The Dreamtime 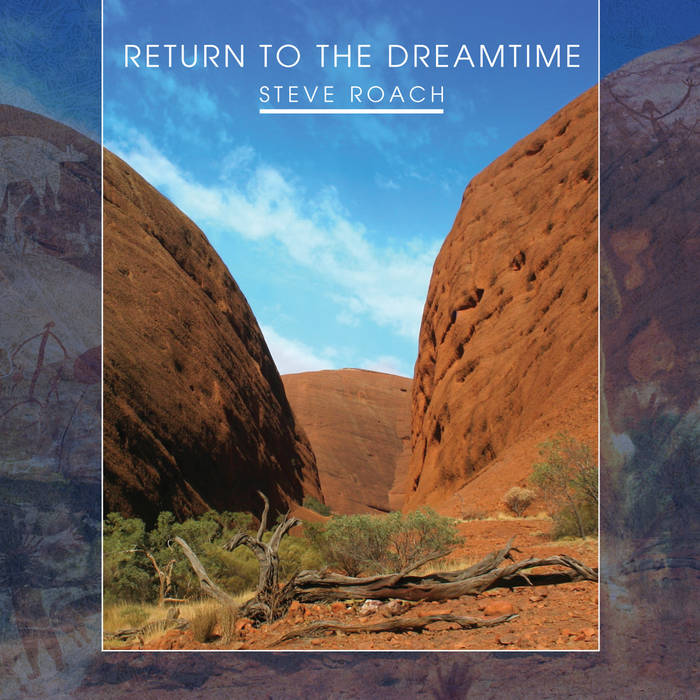 markus mala It was always an essential work that made me discover Steve Roach, so I was curious about this following, that gives you great moods worth digging in, put you back to the dreamtime return. Arboriginial mysteries, with grandiose soundscapes.

Harri Dreamtime Return was one of the first CDs I bought. Return to the Dreamtime tries to catch the spirit (but I still prefer DR).
more...

This return presents expanded and evolved pieces from Dreamtime Return,created live at the Galactic Center, Tucson Arizona, February 10, 2018.
The concert was broadcast live worldwide on SomaFM
Recording engineer Rusty Hodge.
These recordings were fine tuned at the Timeroom by Steve and mastered by Howard Givens presenting a studio quality sonic experience empowered by the live moment.

Return To the Dreamtime – 30 years deeper

Day and night for several months leading up to the February 2018 Return To The Dreamtime premier concert weekend I traveled deep into the essence of where this music lives in my being. Initiated by the process of immersing in the 30th-year remastering of Dreamtime Return, this inspired the desire to expand upon and present this music live for the first time since the early 90’s.

The pragmatic work began with excavating the archived sounds, samples, and location recordings I created for this project in 1987/88. The sources were still cataloged and stored in my studio, having traveled with me though many moves and different Timeroom locations over the years.

All of the essential sounds and samples were still in working order on 512 kb floppy disks and 80s-era hard drives for the Emu samplers. The original analog synth patches have continuously lived in my Oberheim Xpander as well. The technical side was just one part of the process in the reconnection to this pivotal time.

The live-in-a-studio-like environment of Solar Culture’s Galactic Center was essential in this recording; the energy of the packed in-house audience combined with the worldwide listeners tuning into SomaFM’s live broadcast supercharged the atmosphere of the space and momentum into this moment.

As these portals to the Dreamtime experience were opened, memories and tactile sensations of my time in Australia along with the epiphanies from then into now flooded my creative consciousness, placing me directly into this realm of a return within the Return.

Special thanks to: Kati Astaire and Galactic Center, Tucson. Byron Metcalf for The Continent and The Ancients’ Way percussion elements. Robert Rich for Songline percussion. Brian Parnham for A Circular Ceremony rainstick. Will Merkle, Nathan Youngblood and Rodney Ferryman for concert support. Kyle Wright and Frank Beissel for recording tech support. Rusty Hodge for the incredible support at SomaFM.