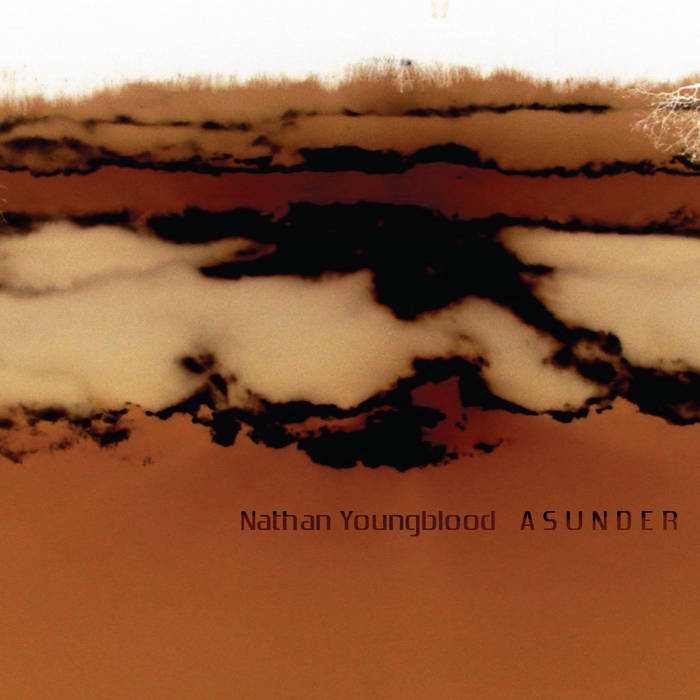 James Shain An album of textural sounds and feelings, Dark Ambient clashing with lighter tones and drifting sounds. One of the best Dark Ambient albums ever made Favorite track: Underland.

PhilPDX50 Beautifully rich and dark...the ambient music equivalent of a pint of Guinness.

Originally released in 2007 this potent, intoxicating dark ambient debut release by Nathan Youngblood is now here at Bandcamp for the first time.

Carved from dense harmonically rich acoustic and electronic material, this set of tone zones move at glacial speed, hovering very close to the Earth's surface for the duration. Emotionally contained in a sphere of isolation, the gentle tension effectively holds the space subliminally, and continues to permeate into your physical and mental environment.


Review by Tobias Fischer:
"On his first album, Nathan Youngblood delivers a great example of how close the adjacent styles of soundscapes, drones and (dark) ambient can come when guided by the hands of a fearless musician. In its heart, this is a perfect example of the latter genre, with most of the material tending towards the ominous, the visceral and the terrifyingly oblique. And yet, Youngblood has a knack for dispersing the black clouds his outback visions have evoked, to allow for moments of peace and harmony.

This approach seems to be inspired by movements of nature and the individual's fragility under extreme conditions. Titles like "Flume" or "Underland", at least, point towards audio-visual navigation and to a mind interested in a kind of organic development no virtual intelligence could ever fully simulate

Youngblood also knows that to effectively maintain a particular mood, one sometimes needs to step away from it. The six heavenly minutes of "Umbrasphere" break the claustrophobic texture of the two opening pieces wide open, replacing the stark undercurrent with lush harmony, richly gulfing ambiances and glistening overtones. After that, his batteries are charged again for the almost infinite dive into the unknown that is "Shearwave".

In this magnificent void and music-made question mark, Youngblood touches upon the outer limits of sound. "Shearwave" could potentially end after two minutes of after an hour. Clocking in at just under twenty, however, it holds an exciting balance, which fulfills neither expectations of a concise collage nor of a meandering moebius loop. It is not musical content as such which makes this a daring endeavour, but the way in which a basically simple idea is taken to a point at which others would falter.

Asunder firmly establishes dark ambient as a genre with many options and as a basis for excursions which do not need to adhere to any kind of prefixed rules. Obviously, many will find it to be either too monochromatic or too eclectic, too steeped in tradition or too leisurely in breaking it.

But the hearty and well-dosed amount of fresh air that blows through this work already marks it as a future point of reference for anyone willing to see the similarities between drones, soundscapes and dark ambient, instead of stressing their differences."