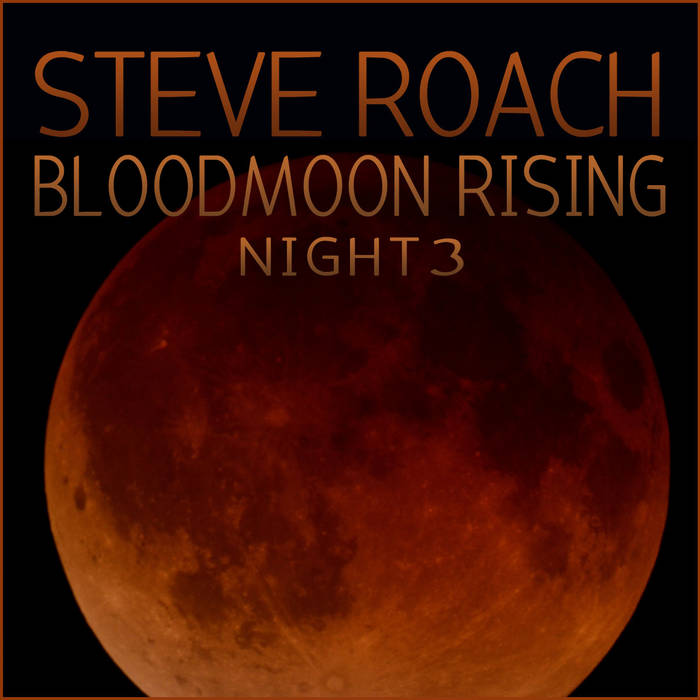 Richard Gürtler On this long-form piece Steve Roach delves into the deepest ends of his perplexingly-driven droneforging. Voluminously enthralling soundscape awaits here!!! All those fascinating metamorphoses are intriguingly clandestine and continuously exhibit intangible symmetry between abysmally tenebrous dronescapes and balmily introspective vistas. Majestically magmatic flow at its most infinite, graceful and spellbinding!!!

Gary Zaepfel I'm so impressed with Steve's artistry and vision. His varied recordings over the years have provided many hours of listening pleasure and immersive experiences. A true electronic music icon.

Adam B I really like the direction Steve's music is currently taking. It's dark, like black velvet with a red hue, and oddly comforting. The Bloodmoon releases are prime examples of this. When played on repeat they become part of the environment, creating a subtle undercurrent for daily activities. More please!

Brian Bourassa Steve does, as he almost always does, and pulls another rabbit out of the hat.

An excellent spacial and mystical equivalent of this solar event.

New 2015 CD Mastered Version
Bloodmoon Rising - Night 3 is a sound immersion experience created for the third of four consecutive Blood Moon Lunar Eclipses. Night 3 occurred April 4 2015.The next and final eclipse in this tetrad is September 28 2015.

In this third phase the deepest part of the eclipse is the focus… Darker, deeper… merging into stillness and then the approaching morning light.

The complete 4-CD 1000-copy limited edition signed and numbered Eco Wallet is now available on Timeroom Editions. This presents all four 70 minute Bloodmoon Rising pieces together in a tour de force of deep ambient noir, available in a beautiful 4-CD presentation and on various download options.
The comlete 5 hour set for download is here:
steveroach.bandcamp.com/album/bloodmoon-rising-complete-4-cd-set


Also each night is available as a single download here at Bandcamp as well.