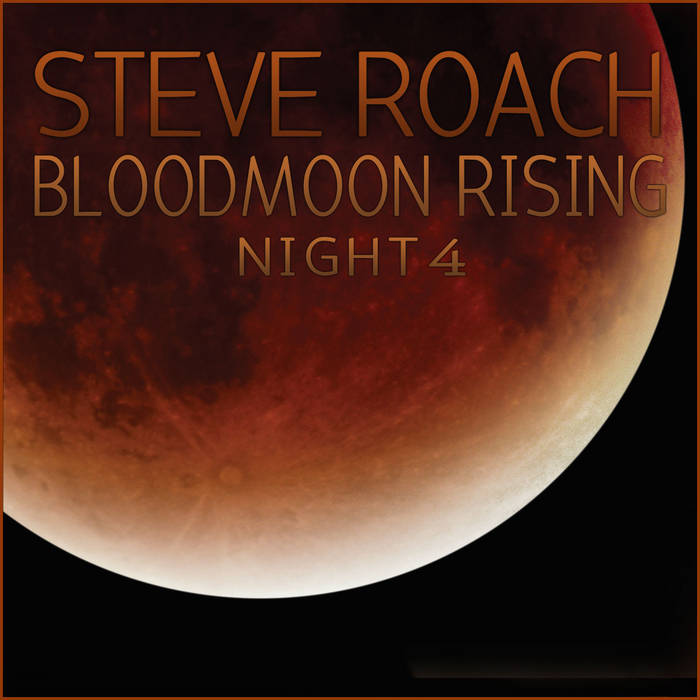 Brett Barker Steve Roach is incredibly tuned into his surroundings. Each track brings with it such a vibration of nature. The Bloodmoon releases were such wonderful companions to the lunar events of the past months. Each has a similar thread, but manages to maintain its own character. Night 4 is a fitting culmination to the series.

Bloodmoon Rising: A tour-de-force of deep-ambient noir. These long-form ultra deep sound immersion zones were created for the four consecutive Blood Moon lunar eclipses which started in April of 2014, and will complete on September 28 2015. The complete collection holds the four 70-minute Bloodmoon Rising pieces, and is presented in a beautiful, 4-disc limited edition (1000) Eco-Wallet, each signed and numbered. All pieces have been carefully mastered for this CD release by Howard Givens of Spotted Pecarry Studios. The final mastered versions will all be available at Bandcamp, iTunes and as high resolution downloads from Spotted Peccary.

Please note:
The 5-Hour Collection is also available as a complete set here at Bandcamp. steveroach.bandcamp.com/album/bloodmoon-rising-complete-4-cd-set

All 4 Nights will available as the Complete 5 Hour Collection download option at Bandcamp as well.

Cannibal Corpse's George "Corpsegrinder" Fisher stops by for an interview