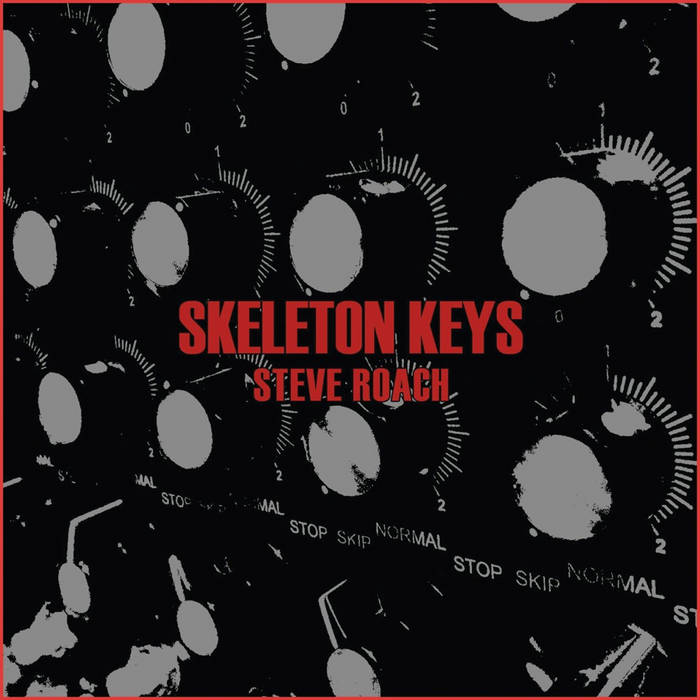 69dragynz Each of these tracks are skeleton keys that open a portal into another dimension. As such, they are all wonderful in their own right. This release reaches back in time to an age of analog semi-generative ambient exploration. Very much worth a listen. Favorite track: SATURDAY SOMEWHERE.

minilog "Skeleton Keys", or how music molecularly resonates with our most intimate part and becomes a sound metaphysics. An unmissable masterpiece, which still haunts long after the last sequencer measures.

AMALGAMATED WONDERS OF THE WORLD

AMALGAMATED WONDERS OF THE WORLD One of my favourite Steve Roach albums, satisfying sequencered sound ticks along nicely, sometimes blossoming slightly, but mainly restrained, contained, but within an immense line-of-sight propagation. ‘Classic’ electronic music album. Favorite track: THE ONLY WAY IN.
more...

“Skeleton Keys connects directly to my first love in electronic music,” Steve Roach explains. “This form of music creates a living portal to a unique place in consciousness, emotion, body awareness and expansion of perception. It’s a place that can only be reached by way of this genre and these instruments, in particular the sequencer: a tool common within electronic music since early in its inception. I have been obsessed with the sound this instrument facilitates since my arrival as a composer in the late 70′s.”

With the availability of a new era of hardware instrument builders to draw from, in early 2014 Steve set out to create his ideal­ large format modular synthesizer­/sequencer-based system.

“My intention was single-minded,” Steve says, “to make these ‘Keys’ in particular. The instant this system was in place, the compulsion to create was unleashed. Each piece on this release is an aural skeleton key providing entry through these arcane doors to what awaits inside. In addition, the momentum of my life’s experience was vital in helping turn the skeleton key to open these doors at this precise moment.”

Steve’s artistic path is filled with new discoveries, both nuanced and dramatic. He brings to the table years of dedication and experience exploring sound via hands-on synthesis.

With the sense of an artist working in three dimensional space, Steve’s skill set creates an album that breathes power, passion and vital life energy. On Skeleton Keys Steve connects to the European EM masters at the roots of his electronic heritage while simultaneously mapping the soundworld of today’s contemporary technology-based music. The result is warm and engaging retro-futurism, a continuing evolution upon the musical structures Steve has unlocked in the restless pursuit of his soundquest.