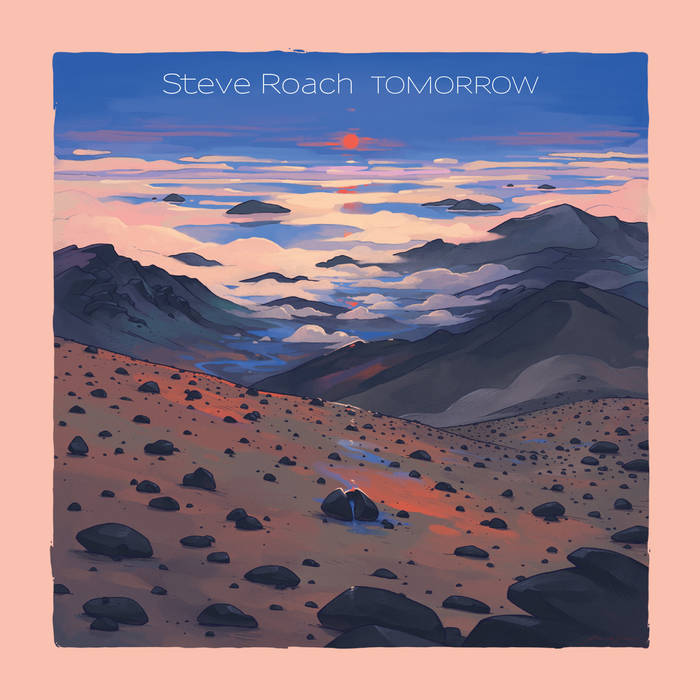 Hawk of the Pines

Tomorrow’s five deeply stirring transcendent electronic pieces draw from Steve’s current high tide of creativity and introspection. Developed over the last six months within the stylistic mode he describes as “elegant futurism,” cyclical melodic weavings flow and ebb in a graceful momentum infused with deep emotion. Tomorrow finds a rare balance between a feeling of floating and one of kinetic movement; this unexpected symmetry breathes life and energy into each piece.

Primarily composed and performed spontaneously in the studio, there’s an elemental quality — stately and masterful. The opening track was created days after Steve’s March NYC concert was cancelled due to the lockdown. From that point on, the pieces developed with a focused through line of optimism and inner strength.

“While my daily mode of operation is more about the connection to the here and now,” Steve reflects, "my thoughts were shifting towards a ‘tomorrow state of mind.’ When the storm clears, after a major pressing of the reset button of our lives, will we wake up to a scorched metaphorical earth or a freshly tilled verdant soil for new life to emerge? I had a sense of being a first responder in sound and music, drawing from my creative core, staying connected to this as a grounding rod. I redirected the energy and momentum built up in preparation for my New York concert, aware of the unfolding world events, manifesting this anticipation for tomorrow during this extraordinary moment in time.”

The album opens with the twenty-minute title track, “Tomorrow.” It evokes a dynamic mood both animated and contemplative. Interwoven melodic sequencer patterns and sustained, suspended harmonic soundworlds ebb and flow within the sonic currents. The alluring atmosphere resolves into “Optimal Being.” With a minimalist feeling, polyrhythmic phasing pulses weave a hypnotic and morphing fabric delivering a multi-dimensional realm of sonic support.

The “heart” of the album — the immersive embrace “HeartBreath” — follows. Expansive, warm and sensual, the space is carried with a pulsing rhythmic theme. The caress of an orchestral-like tapestry emanates a sensation of depth, openness, and tranquility. The mood portrays a futuristic, shimmering tomorrow.

“Spiral of Strength” is built from Mandala-esque sequencer patterns and churning soundscapes as in the opener “Tomorrow.” This time, however, the harmonic content has a more forthright urgency and sense of perseverance, a sonic Yin and Yang. The album resolves with “A Different Today” in which the pointillistic luminosity from Steve’s analog modular wonderworld blends with heart-centered atmospherics drifting quietly into the distance.

Tomorrow is equal parts serene floating space music and minimalist sequencer-based forms. Roach’s journey to the center of our self is imbued with anticipation of what tomorrow might bring.

Steve Roach is a leading American pioneer in the evolution of ambient/electronic music, helping shape it into what it is today. Grammy nominated in 2018 and 2019 consecutively, his career spans four decades and nearly 150 releases. His massive catalog of landmark recordings includes Structures from Silence, Dreamtime Return and Mystic Chords & Sacred Spaces. Drawing from a vast, unique and deeply personal authenticity, his albums are fueled by the momentum of a lifetime dedicated to the soundcurrent. Steve is an artist operating at the pinnacle of his artform, driven by a passion and unbroken focus enhancing the emotive, soul-stirring depth of his music.

From the expansive, time-suspending spaces reflecting his spiritual home in Arizona to the fire breathing, sequencer-driven rhythmic-tribal expressions woven from all things electric and organic, this innovative world of sound has been nourished by years of transcendent concerts worldwide. Always reaching towards what’s next on the horizon, Steve refuses to be tied down to any one stylistic direction. Capturing peak moments as they occur in his Timeroom studio or in live settings, he creates a sonic experience that breathes emotion and vital life energy that connects to an ever-growing worldwide audience.

Created by Steve Roach at the Timehouse, Baja Arizona, Spring-Summer 2020

cktrl talks about heartbreak and his new record 'Robyn'