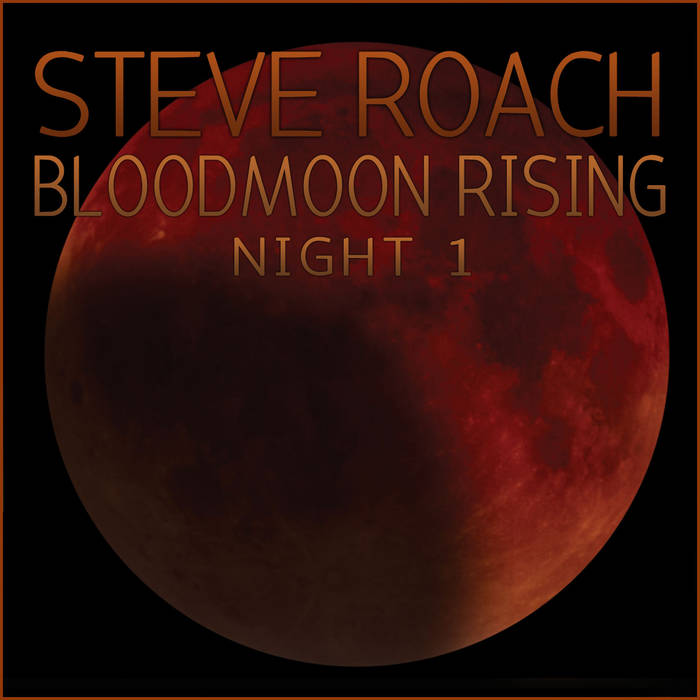 Duff Egan life here on the mysterious planet Earth is so much richer and beautiful with Steve Roach constructing these gorgeous sound worlds for us to escape and reflect in. I can put on the five hour playlist of Bloodmoon records and a few minutes in, everything seems to make sense and existential security follows. We're all so fortunate to have his music as part of our lives.

Nathan Shepperd I pretty much live with this piece, but I don't like the second part as much starting at about 54m. I've actually edited for my own use. I think it's similar to waves coming in and out on a beach in its rhythm, but it would be a beach on a remote archipelago on another planet under starlight. My playcount may even be getting into the thousands. It has become a comforting space whether I feel sad or content. I use it at work all the time when stressed.. My children and I fall asleep to it.

Bloodmoon Rising: A tour-de-force of deep-ambient noir. These long-form ultra deep sound immersion zones were created for the four consecutive Blood Moon lunar eclipses which started in April of 2014, and will complete on September 28 2015. The complete collection holds the four 70-minute Bloodmoon Rising pieces, and is presented in a beautiful, 4-disc limited edition (1000) Eco-Wallet, each signed and numbered. All pieces have been carefully mastered for this CD release by Howard Givens of Spotted Pecarry Studios. The final mastered versions will all be available at Bandcamp, iTunes and as high resolution downloads from Spotted Peccary.

Please note:
The 5-Hour Collection is also available as a complete set here at Bandcamp. steveroach.bandcamp.com/album/bloodmoon-rising-complete-4-cd-set

Disc 1: The first "Bloodmoon Rising" piece that started the project. Previously unreleased, recorded in April 2014 for the first eclipse, and further enhanced during the summer of 2015.

Disc 2: Night 2, the October 14 2014 piece. Originally released as a Bandcamp exclusive. A new remastered version has replaced the original night 2.

Disc 3: Night 3, the April 4 2015 piece. Originally released as a Bandcamp exclusive. A new remastered version has replaced the original night 3.