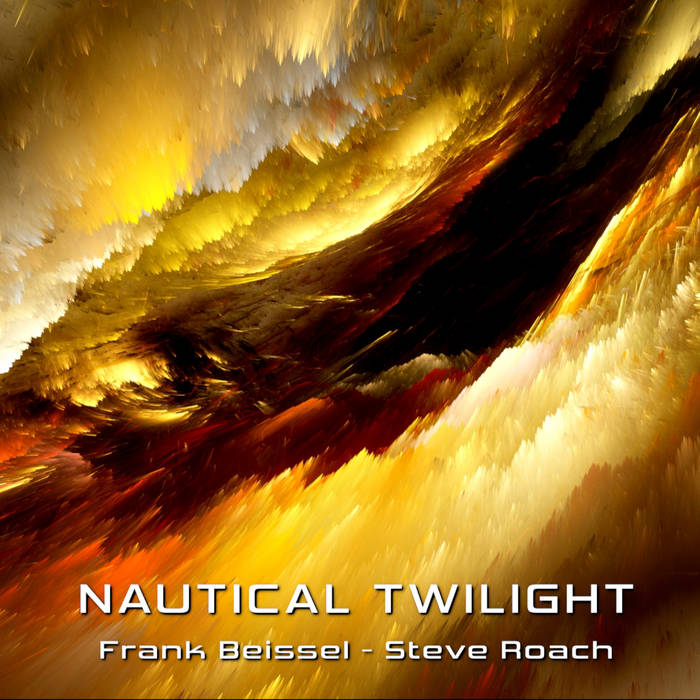 mysticwolf75 This is an outstanding collaboration, so far one of my favorite releases this year! BTW, be sure to check out Frank Beissel's own Bandcamp page, and his album Random Abstractions - so far, it's one of the best kept secrets of the year.

Welcome to the Nautical Twilight -an atmospheric dark ambient deep dive from emerging synth artist Frank Beissel and electronic music pioneer Steve Roach. The project started as a mentorship with Steve over the last few years and developed into a fully-realized immersion into the depths of the serenity, mystery and subtle shifting sonic states of twilight perceptions.

The core of the pieces were created in the early dawn hours or during twilight, when the magic hour of the day's light fades to or appears from darkness. Throughout the 71 minutes, the music perfectly captures these ephemeral moods.

Much of the album was carved from a vast range of analog and digital hardware synths and Eurorack modular systems. Created primarily in realtime sessions at Beissel’s New Mexico studio, the final production, arrangement and additional brushstrokes were performed at Steve’s Timehouse studio in Baja Arizona.

Frank Beissel has created and evolved his music for over 10 years, building towards this debut release. His visceral connection to the soundcurrent was nourished from years of listening to and learning from the classics in electronic and ambient music. These seeds were planted early on starting with Music From the Hearts of Space and Musical Starstreams along with the influences of film soundtracks. His connection to the dramatic natural beauty and power of the US southwest is another vital piece of the story..

The five extended sound paintings of Nautical Twilight ebb and flow through the light, shadow and darkness with a graceful arc that could easily play into infinity.