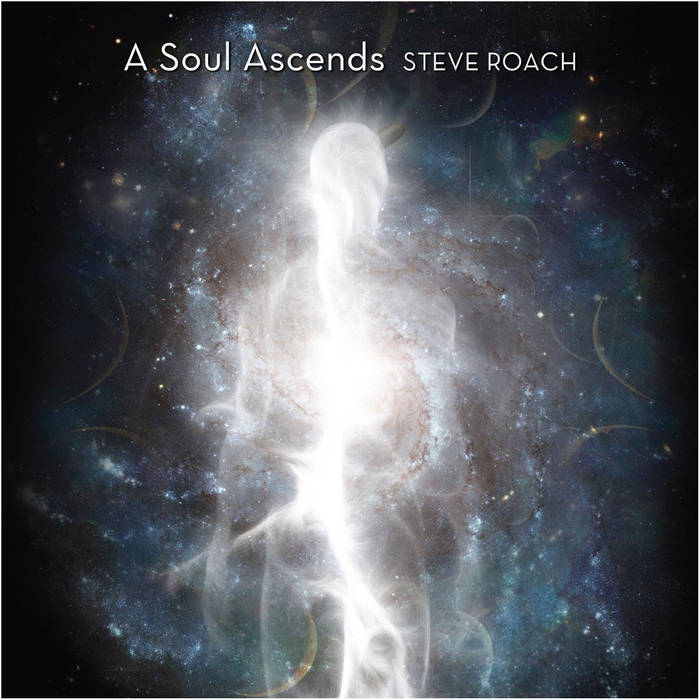 Calvin Chase My love of Ambient music really started in 75 with Lou Reeds "Metal Machine Music".
I bumped into Structures and Dreamtime in the 80s, and recently the music orbit drifted me by Roach again....
Catching up has been a pleasure, and Ascends takes me further!
Namaste, Cal

Marcomé Suspended in time we float abroad into the infinite space. Purity and quality sound that I highly appreciate in this mp3 era... Tks for all those inspiring years of creativity! Favorite track: Reflection in Ascension.

batleur (Anthony Hemy) Wonderful album, all 3 tracks. Up there with Structure from Silence. Have listened so many times. Uplifting & has become part of my meditation.
more...

A Soul Ascends is a majestic, deeply moving sonic suspension drawn from the essence of Steve Roach’s visionary ambient/electronic music. A vast and intimate holding-the-space of heart-centered serenity and compassion, the album couples the body to the eternal flow of a vaporizing weightlessness — back to a divine nothingness, the Tabula Rasa where everything began.

Created at Steve’s Timehouse Studio over seven days in mid-April 2020, this music was sourced from and created for this unequaled moment in our lifetime. The three movements express the delicate and profound innerplay of contemplative space, tone and time. The expansive, lush timbral embrace has an undeniable connection to the DNA of Steve’s classic-era Structures from Silence and Quiet Music releases.

This music speaks in a language all its own: a life in consolidation from which the next breath activates. The space reaches for you, lifts you out, and draws you in like an enveloping etheric presence. This sense of an omnipresent dimension of tranquility and transcendence is the heart of A Soul Ascends.


What the press is saying...


Review - Expose - Peter Thelen
In the four decades that Steve Roach has been making music, he has released close to 150 albums, both solo and in collaboration, maybe even more that I’m not aware of, and each new release has some vestigial connection to all that have gone before it, while also adding new elements that take on new directions – sometimes the changes are bold and sometimes incremental, and even other times reach back even further to elaborate on ideas that were committed to the lost and found, to be worked further, branched out and blossomed into new ideas. That may be the case with A Soul Ascends, which seems to draw on energies and emotions going back to some of his earliest works, calling forth several of the expansive and spacious works from the mid-1980s, with a new glowing warmth that establishes a certain mark of the present. A Sou; Ascends, by its title seems to have a connection to some personal loss, but that’s not something that is enforced on the listener; in fact on its surface the music here is quite beautiful and angelic, slowly morphing and breathing as it goes forward in an unstoppable quest for inward tranquility. It consists of three extended movements; the first is the longest at just over thirty minutes, “The Radiant Return” moves patterns of successive colors, shades, shadows and brilliance slowly across a floating sonic canvas, where deep textures and soaring brilliances meet and overlap, like filters that interchangeably obscure and colorize the light of the sun, moon or stars. The second movement “In Present Space” is similar to the first, though at about half its length, continuing at roughly the same glacial pace, but occasionally fades to complete blackness. The third and final movement “Reflection In Ascension” is another long one, opening up some new textures via subtle sequences blending with the slow-morphing sounds introduced in the earlier movements. Like many of Roach’s works, one might get some extended mileage by putting this on in end-to-end repeat mode for an all day or all night marathon.

Review : Paul Asbury Seaman
I knew from the very first notes this album was special. To call something an “ambient symphony” is almost a contradiction in terms, but if any work deserved that description, it is this one. Perhaps “requiem” is the more fitting term, given the wistful, in not quite melancholic, tone here. The album is essentially one long-form composition, divided seamlessly into three parts. The second track offers a long period of reflection leading to the final movement’s quiet merging of beauty and tranquility with a waterwheel motif evoking that ancient symbol of life’s circling power and sustenance. One of Roach’s most moving and compelling albums in years.